Was born on December 26, 2016 in the Scottish Highlands. I am very happy to say that Heather Turner and I have built a good friendship over the years. In which I have a lot of respect for her work and her lines. When a puppy was available from her beautiful lines, I could not refuse.

She came to us immediately after her show debut at Windsor Dogshow, where she was released by Heather. She has left 16 bitches in the puppy class, and was allowed to take home a Crufts Qualifier as the best puppy bitch.

Since she’s here, we have rediscovered the beautiful character of a Locheilpup.
She is a sweet cheerful young lady with an occasional naughty touch. Her eyes usually betray her intention. She is shy in larger spaces where we train hard. Fortunately this is getting better and better. Yet she is definitely not shy and has already earned her first youth point in Bleiswijk. This was also her show debut in the Netherlands.
In May she won her Dutch Youth Championship title. 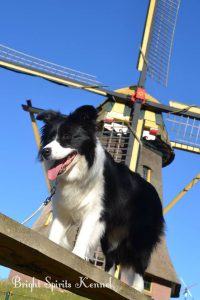 All in all, we expect a very bright future from this lady.
Health tests follow. 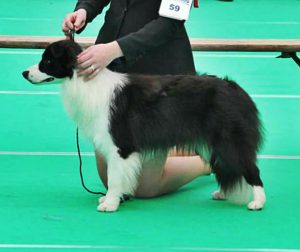 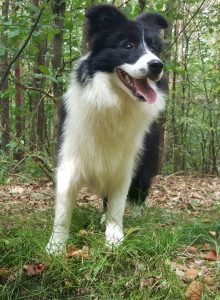